As every small business person knows or discovers pretty quickly, people need to know you exist. This is such a fundamental fact that it overtakes (in terms of time, anyway) all other aspects of your work, and suddenly your dream to do X has been splintered into a many-faceted mess of new, entry-level skills, decreased confidence (small fish syndrome) and less time doing what you set out to do in the first place (for me, physiotherapy).

It’s only with determination, blind optimism and occasional bloody-mindedness that those splinters can catch the light and create a beautiful kaleidoscope. And yes, these can be very challenging skills to develop too at the early stage of a business.

Marketing is key to all this, and all the self help bibles tell us it needs to be obvious, often, and have something to offer. And when I say ‘often’, apparently the ‘going rate’ is to make contact NINE TIMES. I kid you not. So you can understand, perhaps, how it can all get a bit, well… tedious? I’m not saying these things don’t work, they absolutely do (well probably), but sometimes it’s worth trying something a little different to spice things up.

I discovered my ‘Secrets’ by accident tonight, but really thought they were worth sharing, as it tickled me so much that three things I usually consider negatives probably benefitted me more than the traditional approach. So, tongue in cheek, here goes:

Go To the Wrong Place

Ever been chilling out in a cafe and someone comes in asking for directions? This happened to me once and it turns out the poor lady was in the wrong city. So, unsurprisingly, I remember her now, probably ten years on. Tonight I turned up to a networking event for “businesses who care” in Nottingham – First Tuesday, hosted by the swish but friendly Antenna Business Hub. I’m a physio, I’m into health, I care! Unfortunately, I am not about to set up a social enterprise and offer work experience, though I now think I might in the future. I thought of leaving, as I couldn’t contribute to this group and felt a bit of a fraud enjoying their earnest presentations. But the lost lady from years ago came back to me. For some reason I wanted to tell them I was not supposed to be there – heaven knows I’ve felt pretty lost on occasion in the past few weeks. I wanted to be remembered for being lost, because if I did it right, they’d remember me again… and maybe come and find me.

Do Something You’re Not Supposed To Do

Well, so, I asked if I could say something to the group. I felt rude asking, thought I’d be seen as a shameless mic-grabber with no right to be there, let alone taking the floor. I don’t know what possessed me, I was terrified. I’m usually described as confident and outgoing, but everyone has their threshold, and my usually clear incessant voice was, to my ears anyway, feeble and hesitant. But sitting back down, I felt something quite rare to me: pride. Though I do new things every day to build my business, those things are calmly planned, and often reactive. This felt like I’d suddenly, unaccountably, decided to run at a fence… and burst into the next field. And as I sat back down, people got up, and crossed the room to speak to me.

My favourite. I’m always late, something I need to sort sharpish, though I’ve been saying that to myself for 30 years and show little sign of changing. But tonight it paid off. It turns out I was only one minute late, for a client who didn’t show, but boy did those lovely networking people want to cram in a load of useful chat and supportive enthusiasm into my spongy wedge of networking time. I kept saying I had to go… and they kept on talking. Compared to the usual awkward sidling up to strangers and interrupting them to introduce yourself (in my case by gesturing at my chest and hoping the word Physio on my t-shirt is clearer than the shape of the chest itself), then nodding politely for ten minutes until it’s your turn to talk, being late got me 6 business cards in 4 minutes. Accidental genius!

I’m not saying these are the key to success, I’m just a baby in the business world. Hell, I’m still working at 10:10pm, and that doesn’t seem very clever to me. But doing something new, something different, and crashing into a field you’ve never been in before might just make you proud, give you a few smiles, and light up the glitter of your pretty kaleidoscope dream.

I was honestly at a loss late last year when I was really suffering with my pelvic floor, I booked… 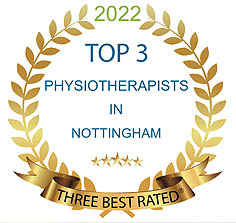